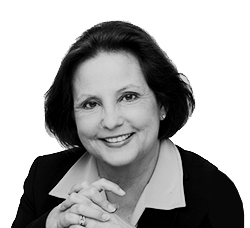 Vicki joined the firm in September 2001.  She was first admitted to practice law in New Mexico in 1995 and is admitted to the Bar in the District of Columbia, Maryland and Virginia. Vicki focuses her practice exclusively in all aspects of divorce and family law. Her goal is to make a positive difference in the lives of her clients with a minimum of emotional stress.  She embraces a problem-solving approach and works alongside her clients to come up with the best possible outcome to help both the adults and their children move forward with their lives.

Vicki is a hardworking advocate for her clients and prides herself in delivering a high level of service and attention to detail. She is experienced and skilled in all methods of dispute resolution, including negotiation, mediation, collaborative law and litigation. Although a problem solver by nature, she will pursue litigation aggressively as circumstances warrant.

Vicki is trained in the Collaborative Law process – a client-centered approach that helps the divorcing couple reach a durable agreement that they can both live with and that meets the needs of their family. The collaborative process focuses on mutual problem solving and enables clients to make their own decisions together with their attorneys, a jointly hired financial expert and divorce coaches from the mental health field who help them constructively contain the emotional issues that are inherent in a divorce.

Since 2010, the Best Lawyers in America has named Vicki to its list for her work in family law and mediation.  She was recognized in 2013 by Bethesda Magazine as one of the top divorce lawyers in Montgomery County, Maryland and “the one to call when pension issues are complicating a settlement.”  Vicki has taught legal education programs on division of retirement benefits, including federal government, military and international organization plans (like the World Bank and IMF).  She has provided advanced training on financial aspects of divorce, including, property transfers, divorce tax and allocation of retirement benefits for the mediators of the District of Columbia’s Multi-Door Dispute Resolution Division.

Before moving with her family to Silver Spring, Maryland, Vicki was a sole practitioner in Albuquerque, New Mexico.  Vicki enjoys traveling, reading, drinking fine wine, going to the theatre and exercising at the gym most mornings at 5:00 a.m.

What Divorcing Parents Should Know About International Travel with Children

Many parents like to vacation with their children, to the beach, to a national park, to visit a big city. Some families travel abroad. Parents who are separated, or planning to separate, should include rules about traveling with minor children in their settlement negotiations. Parents can avoid disputes by agreeing to travel protocols in their parenting plan.

What is required to apply for a U.S. passport for a child under age 16?

A child under the age of 16 must apply for a passport in person. The child must be accompanied by both parents, as required by the federal Two- Parent Consent Law, and provide proof of the child’s citizenship (U.S. birth certificate; a valid, undamaged U.S. passport (may be expired); a foreign birth certificate).

Alimony Ends When Payor Spouse Retires . . . Or Does It?

Family lawyers are increasingly hearing from divorced clients who are getting ready to retire or have retired and who have a spousal support obligation or a right to receive support under a court order.  A court order may result from a trial or as part of a settlement agreement adopted by a court in the judgment of divorce.  Some payors think alimony payments automatically end at retirement, or that a court will decide to terminate payments at retirement as a matter of course, but this is not necessarily so.

Court-ordered spousal support terminates automatically only on the death of either party or—in Maryland and Virginia, but not the District—upon remarriage of the recipient.  When a court orders indefinite spousal support, i.e., support without a predetermined… MORE >

Most of us are concerned with protecting our personal information from getting into the wrong hands.  We take precautions to protect our privacy such as password protecting computers and mobile devices, using passwords for online services, limiting personal information on social media profiles, and carefully choosing when to give out social security numbers and birth dates.

Court files are public records. Most such files are available to be reviewed in person by any member of the public; eventually they may be accessible over the internet. If you are ever a party in a legal dispute you may be concerned about how to protect your personal information from becoming available in a public record.  In recent years, courts in the District of Columbia, Maryland and Virginia… MORE >

Baby boomers born between 1946 and 1964 make up a large part of the aging population.  With longer life expectancies, many boomers are working well into their golden years with no plans to retire.  Some may be too optimistic about their future health and prefer not to think about retirement.  The cost of future health care may create a financial burden for many families, especially older couples whose income stream is reduced after retirement.  Many older couples contemplating marriage decide to enter into a premarital agreement.  A premarital agreement allows a couple to predetermine property and financial issues during marriage, upon the death of a spouse or in the event of divorce.  In negotiating the terms of a premarital agreement, couples should consider their potential… MORE >

There are complex federal laws and regulations that govern retirement benefits and health, life and long term care insurance benefits for federal civilian employees and annuitants. This article provides an overview of the benefits available to them and addresses what spouses contemplating divorce should know about these benefits. A unique aspect of the DC-MD-VA area is the substantial number of federal civilian employees—over 280,000 according to recent estimates. According to a January 2014 report by the Government Accountability Office (GAO), an estimated 59,000 employees each year between 2012 and 2017 will be eligible to retire. Retirement is complicated enough but adding divorce to the mix can make it especially challenging.