to guide us through our

“When the time comes,

I want to know I have the right team to handle my father's estate.”

ABOUT ESTATE AND TRUST ADMINISTRATION

and I want to protect myself and

and I need a strong advocate.”

When you want the best service and deepest experience in estate planning, estate and trust administration, family law, and premarital agreements, Pasternak & Fidis can help you. 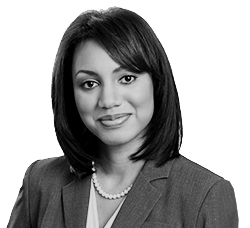 Managing Partner Stephanie Perry was installed as President of the Bar Association of Montgomery County, Maryland on Friday, May 20, at the 128th Annual Meeting and Law Day for the association. Before the crowd of over three hundred people, Stephanie spoke with 82nd Attorney General of the United States, Eric H. Holder, Jr. They discussed […]

Managing Partner Stephanie Perry is on the Board of Trustees of the Washington School for Girls, and Pasternak & Fidis has supported the school for years. We are excited to help them celebrate their 25th anniversary. A local news station covered the anniversary and the school’s positive mission and message, and we can’t be more […]

Partner Stephanie Perry was a panelist on the Washington, D.C. Estate Planning Council’s recent discussion at Howard Law, entitled “Where There’s a Will, There’s a Way,” part of the Council’s Student Education Series. Stephanie was one of four panelists who discussed closing the racial wealth gap through a career in estate planning. Over 90 students […]